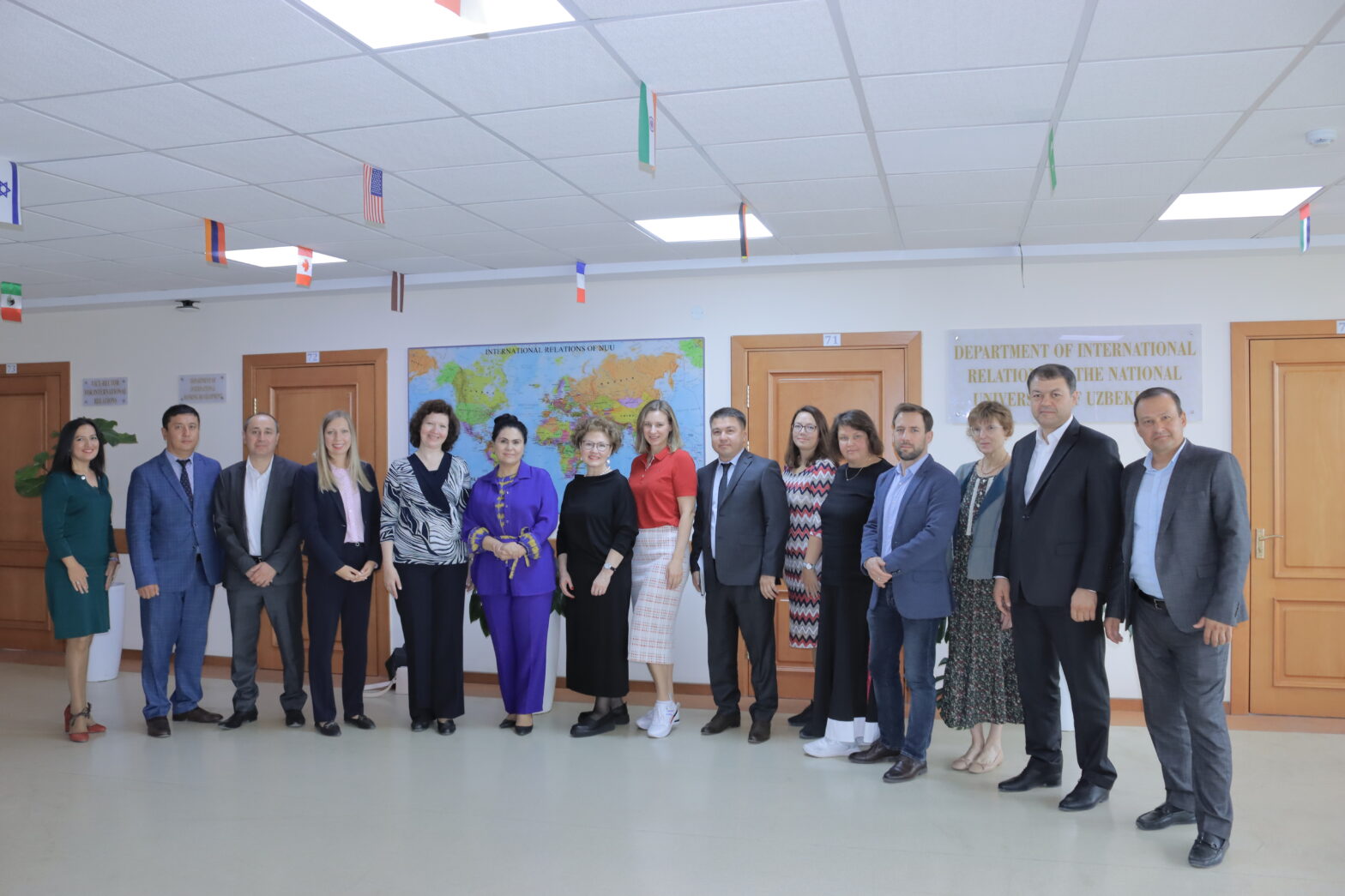 Today, October 3, National University of Uzbekistan named after Mirzo Ulugbek was visited by a delegation headed by Volodina Galina Emelyanovna, Director of the Perm city branch of the National Research University Higher School of Economics of the Russian Federation. During the meeting, representatives of both sides provided full information about their universities.

In particular Galina Emelyanovna described in detail the history of the Higher School of Economics National Research University of the Russian Federation and its components. The Higher School of Economics was founded in 1192. Today it has four large campuses in Moscow, St. Petersburg, Nizhny Novgorod and Perm, and 7,000 professors and researchers train more than 50,000 students. The scientific potential of the university has high indicators, so far it is among the top 100 in international rankings such as QS, QRWU, THE.

The main purpose of the meeting was to expand the scope of cooperation, including the introduction of inter-university academic mobility, the publication of scientific articles in co-authorship of professors and teachers, scientific seminars and conferences for students and young scientists, as well as the organization of summer and winter schools, considered the possibility of implementing promising projects in other areas.