Shavkat Mirziyoyev meets with scientists at the National University of Uzbekistan

At the National University of Uzbekistan, President Shavkat Mirziyoyev has met with chiefs of higher educational institutions and research institutions, academicians, scientists and young researchers.

The meeting focused on the commercialization of research results, training of scientists, their material and social support.

The head of state stressed the need to enhance academic research aimed at import substitution and localization of goods, create a system of marketing of scientific products in the system of each research institution and university. The President’s proposal to introduce funding for research institutions directly from the state budget starting from next year was met warmly by scientists.

Recommendations were voiced on the introduction of a system of awarding binary (double) degrees: a doctoral degree to the researcher who created the scientific invention, and a PhD to that who has applied the innovation into practice. Shavkat Mirziyoyev also proposed to establish an institution of training research interns at the expense of the budget and to organize experienced field stations that will study the biological diversity of our country. In recent years, representatives of science and education have been object of growing care. Thus, the salary of research fellows increased by an average of 25 percent from September 1 last year, by another 20 percent from January 1 of the current year, while a swell by another 25 percent is expected from July 1.

In continuation of this work, the President proposed to establish – from September 1 this year – wage supplements of 30 percent for candidates of science and 60 percent for doctors of science who are engaged in scientific and pedagogical activity in public organizations.

At the initiative of the head of our state, the Academy of Youth is organized under the Ministry of Innovation Development, which will also serve as a support institution for representatives of science. Talented students, research fellows up to 40 years of age and initiative-driven young people with scientific and innovative potential will be admitted to the academy. Research will be conducted in such areas as artificial intelligence, renewable energy, robotics and mechatronics, pharmaceuticals, biotechnology, industrial design and 3D modeling.
Shavkat Mirziyoyev paid special attention to issues of improving the social conditions of scientists and educators.

In particular, the head of state commissioned the construction of 6 multi-storey buildings for teachers and young researchers, as well as a universal sports complex on the campus. The tasks of organizing a youth park, a summer stage, book cafes and Wi-Fi zones on the territory of the University Town have been defined.

At the National University of Uzbekistan, the President has been briefed on the plans to expand the institution and perfect its scientific and educational activities as well as training system.

The President instructed to develop a five-year comprehensive program and ensure, on its basis, the consolidation of the academic and pedagogical potential of the university and for it to secure a good position in international ratings. 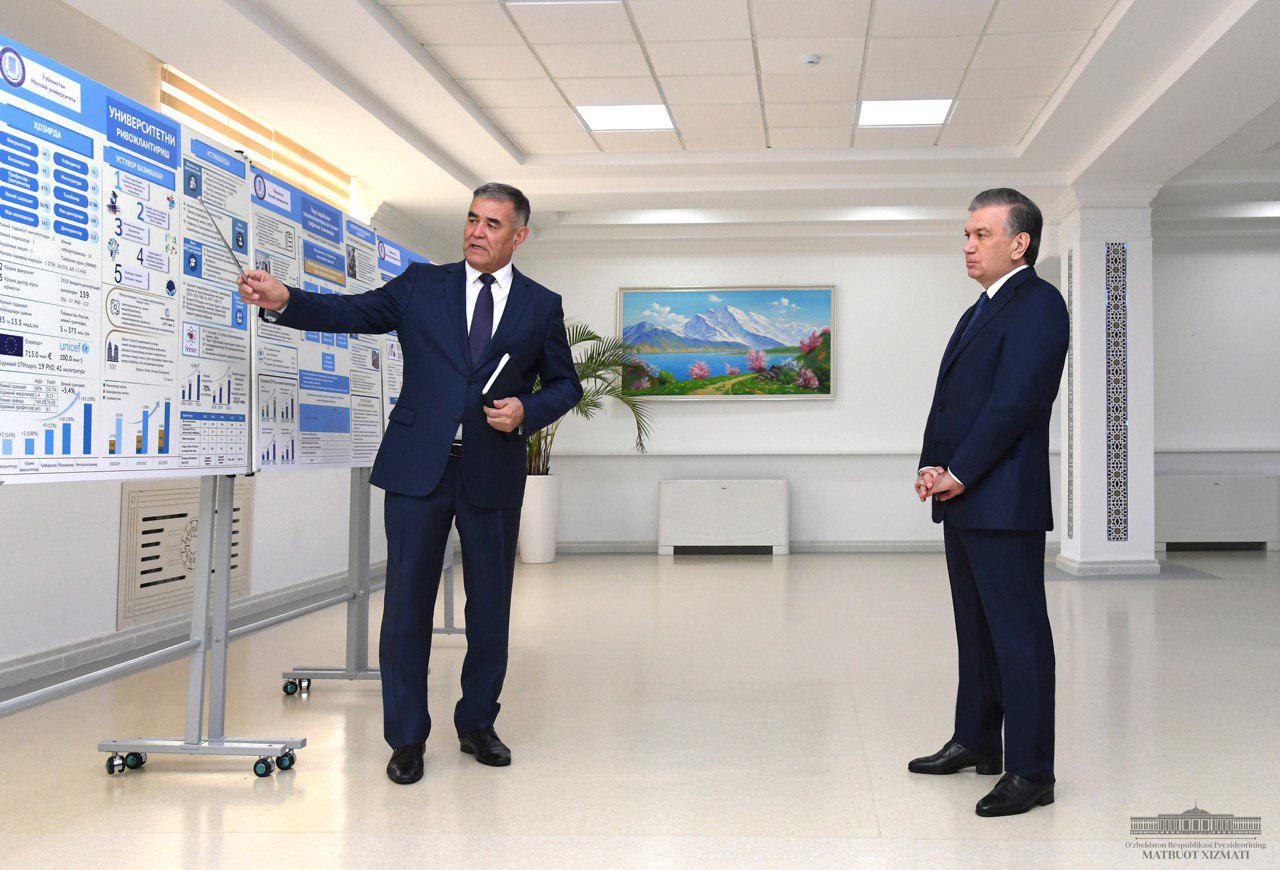 The lyceum operating under the university, Shavkat Mirziyoyev proposed, should specialize in natural and exact sciences, and that it is crucial to organize new department at the university, taking into account the growing need for qualified specialists in certain areas.

“It is essential that the efforts directed at identification and targeted training of talented youth be bolstered. If we arrange scientific and educational processes correctly, qualified specialists will develop all spheres themselves,” Shavkat Mirziyoyev suggested. 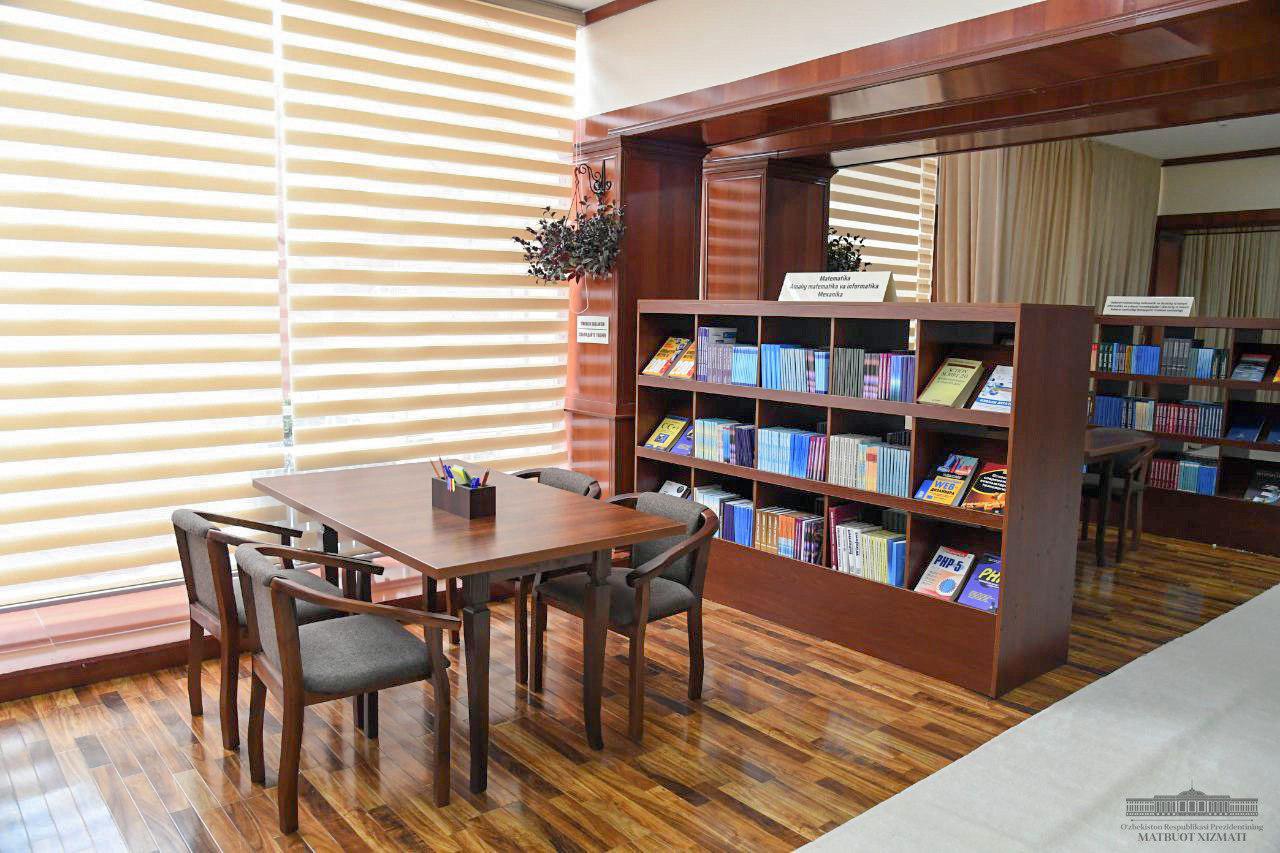 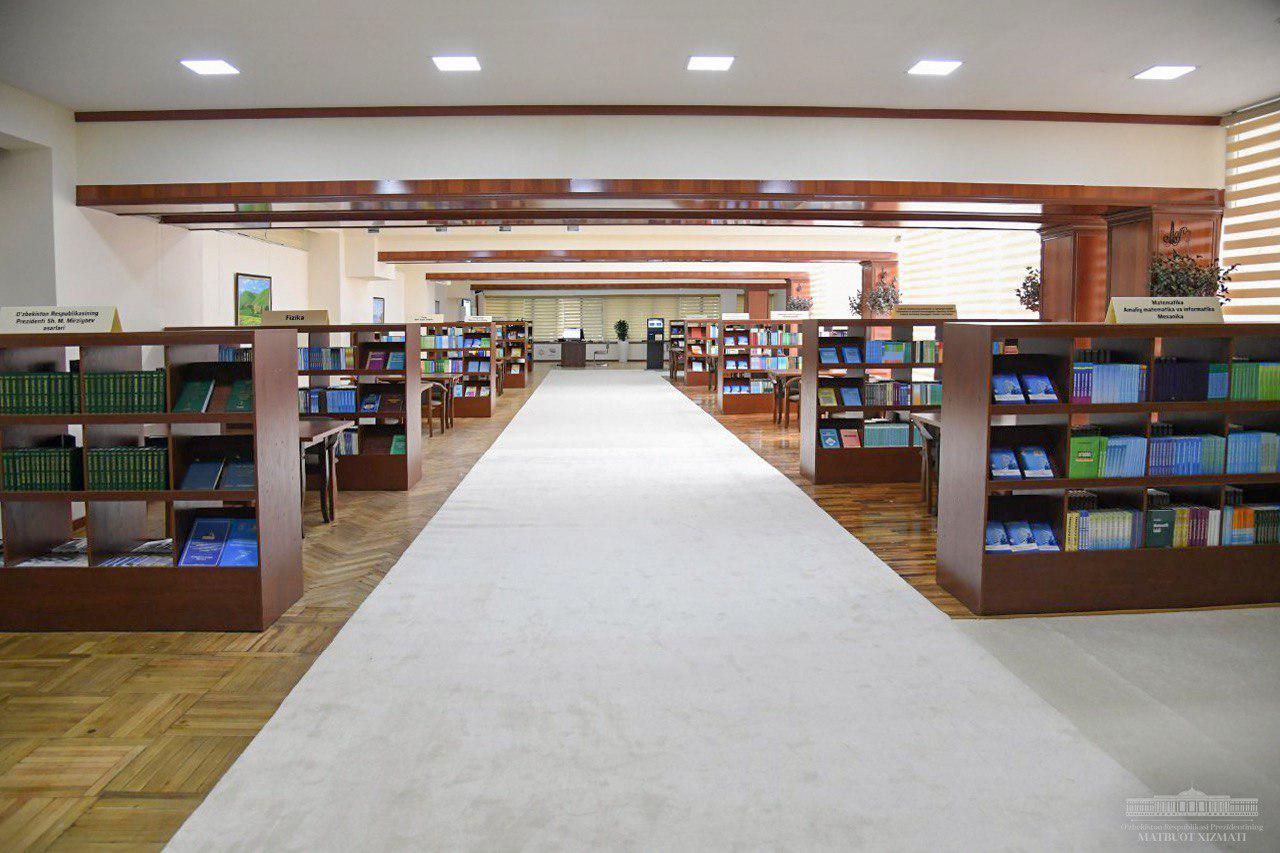 Press Service of the President of the Republic of

Strategy of the Republic of Uzbekistan for 2017-20

The Governmental portal of the Republic of Uzbekis

National database of legislation of the Republic o

Ministry of Justice of the Republic of Uzbekistan