OPEN MEETING BETWEEN MINISTERS AND YOUTH AT UZBEKISTAN NATIONAL UNIVERSITY 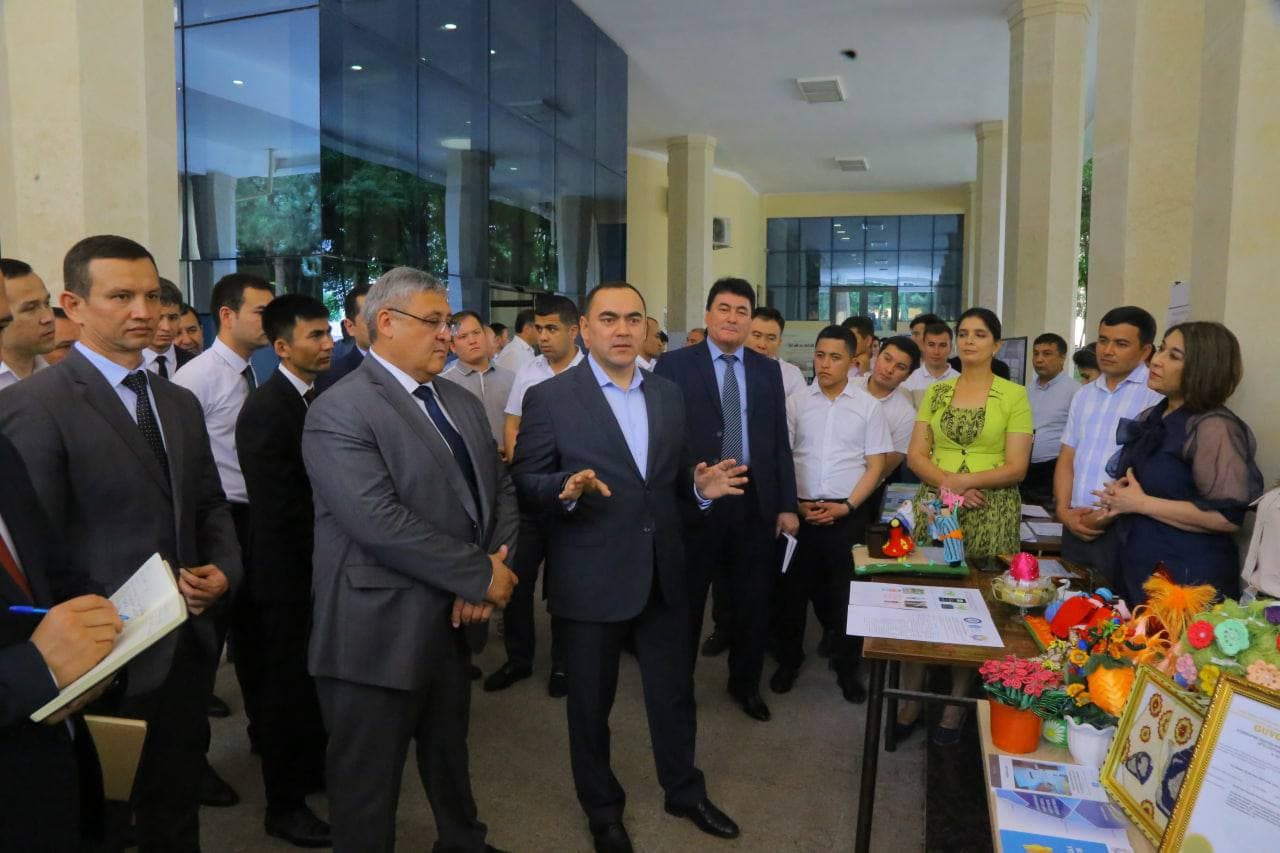 In the higher education system, our main task is to listen directly to the students about the problems hidden by the leadership.

It is known that at the initiative of the Minister of Higher and Secondary Special Education, an "open dialogue between the Minister and students" is being organized at universities in Tashkent. In particular, an open dialogue between the Minister of Higher and Secondary Special Education Abdulkadir Tashkulov and students was held today at the Central Library of the National University of Uzbekistan named after Mirzo Ulugbek. The purpose of the meeting is to listen to the problems of the education system today and to solve the existing problems by the ministry as much as possible. Students from 17 faculties of the National University of Uzbekistan took part in the open dialogue. At the beginning of the meeting, he got acquainted with the exhibition, which demonstrates the scientific potential of the university. All students of the faculty of the university presented their start-ups and innovative projects. While reviewing the projects, the Minister said that strengthening the local practice, increasing the number and quality of projects, revitalizing projects that protect children from external factors, inclusive education, improving the quality of public opinion polls and the most active students, in particular, The Faculty of Journalism of the National University of Uzbekistan gave a number of instructions to the Ministry on internships and employment of students.

Then the open dialogue with the students began in the form of questions and answers. In particular, Gulbonu Kuvvatova, a third-year student at the Faculty of Social Sciences, suggested that small 24-hour libraries be set up for students to work on in their spare time, as well as special places for outdoor reading. Abdulkadir Tashkulov, in particular, approved the idea of reorganizing the Spirituality rooms in the university dormitories, organizing sports competitions among professors and teachers, and opening computer literacy courses.

During the meeting, the sides exchanged views on further improving the scientific potential and the publication of scientific literature, including the promotion of scientific literature by the Faculty of Social Sciences. Today, the proposals of the students of the Faculty of Journalism on the introduction of the subject of Sukhandon, to get acquainted with the experience of international culture and foreign education are approved.

"If a professor who is going abroad for an exchange of experience does not bring at least five students with him, he will not be allowed to go abroad," said Abdulkadir Tashkulov.

At the end of the dialogue, the views expressed were summarized, the ministry officials were given instructions on the proposals and comments, and important tasks were identified to develop a roadmap for its immediate implementation. In particular, students who actively participated in the open dialogue and made creative proposals were awarded souvenirs by the Minister of Higher and Secondary Special Education.